With the help of the incredible West Ham captain Mark Noble, we were able to create some football magic for 6 year old Lucas.

Lucas was diagnosed with duchenne muscular dystrophy two years ago and needs to endure a daily drug and physio routine to support his failing muscles.

He is unable to join a football team with children of his own age, as if he were to suffer a fracture or break, his muscles could not recover.

When Mark heard how brave Lucas was, he invited him along to watch West Ham play, visit the captain’s lounge and meet some other premiership football players. They even had a kick about together and Lucas was rewarded with the official match ball and some other special goodies. 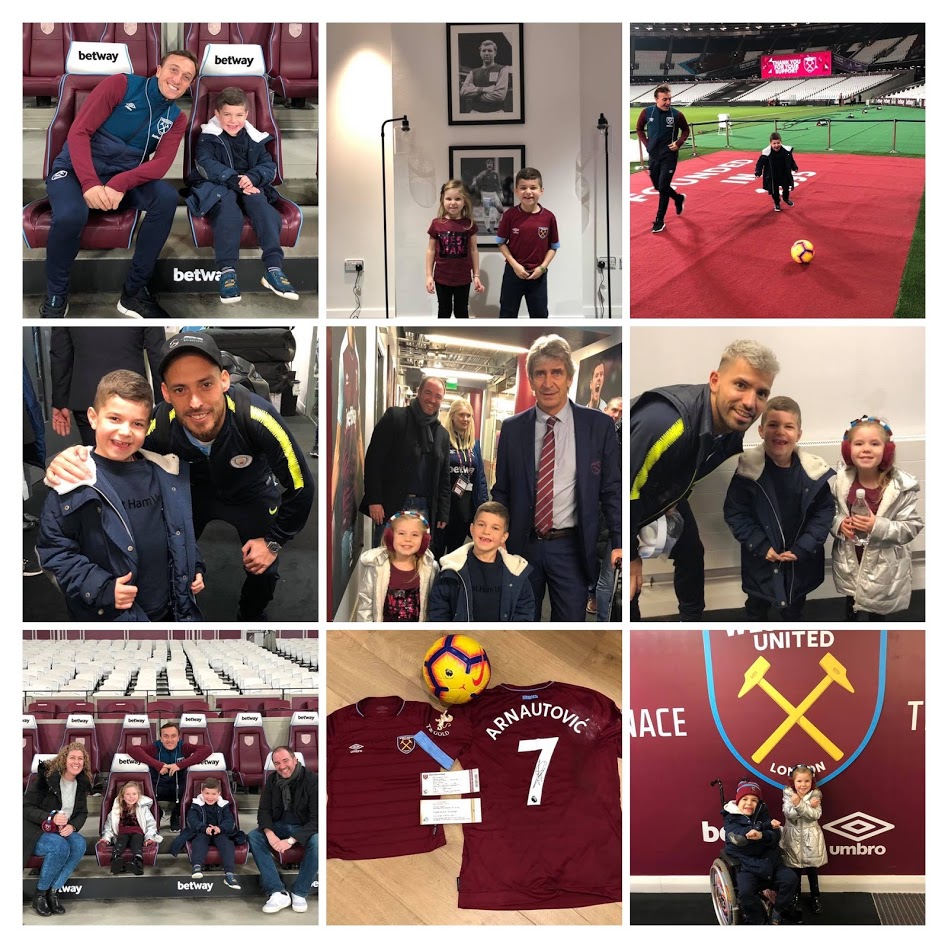